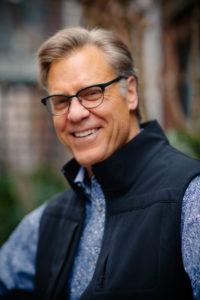 Hey Love, thanks for joining me 🙂  I got my braces! Hoping it doesn’t affect your listening experience too much… After a few weeks of eating nothing but runny soup, I thought I’d lose some weight, maybe… is that too much to ask????  Today, I disclose exactly how much weight I’ve actually lost since having the flu over Christmas. (and it ain’t much to shake a stick at.)

My guest is a world reknown teacher/speaker who’s been described as the “most intimidating, non intimidating man ever.”  Michael Easley is a teaching pastor at Fellowship Bible Church in Nashville. He has a disarming laugh and heads up a marriage mentoring program with his wife, Cindy, whom he clearly adores. In this episode, I confess my prejudice toward the preacher man who came to my little big town from a Bible Institute wearing a double breasted suit and tie!!

I was sure his messages would be stuffy and irrelevant. I also confess how very wrong I was and how the Father has used Michael’s story, suffering and sense of humor to inspire me deeply over the eight years he’s been here. His perspective on life, death and “LIFE after life” have given me much hope to endure the suffering in between. Watching him steward well his story has helped me experience more joy than ever in the midst of mine. There is so much gold in this interview, you’ll be glad you tuned in. (I  promise we’ll get back to some girly girl interviews soon but I felt it was important to set a good strong biblical foundation with a little help from some “fatherly figures” since we are still in our first year of podcasting…)

Easley shares a childhood memory which helps him understand his own tendencies as a leader/discipler. He celebrates the younger generation’s initiative in justice work and expresses a caring father’s concern for the lack of tenacity he sometimes sees when it comes to cultivating relationships with others right where they’re planted. We chuckle about how we each pestered people to mentor us in our younger days.

I ask him what he hopes a friend will say at his funeral some day.. way far, far away in the very distant future…..    We also discuss the importance of listening without “fixing” the other person’s problem, finding others to “do life with” and you’ll get a glimpse of his disproportionate disdain for essential oils. Michael describes living with pain as horrific and how choosing the joy of the Lord supersedes it. He says it’s wiser to ask the question “How?”  instead of “Why?” when it comes to relationships.

You’ll laugh when you hear his response to a newbie podcaster trying to offer him marital advice. The “puddle language” he refers to is all about being emotionally attuned to your spouse, roommate or significant other. It’s explained in this article;

Michael’s on twitter and facebook. Reach out to him and thank him for his candidness with us.  Tell him how “awesome” his interview (that word is bound to get on his last nerve!)  and go subscribe to his podcast & go check out his website;

Be sure to subscribe & part 2 will be waiting in your feed next Wed. Bye Love!