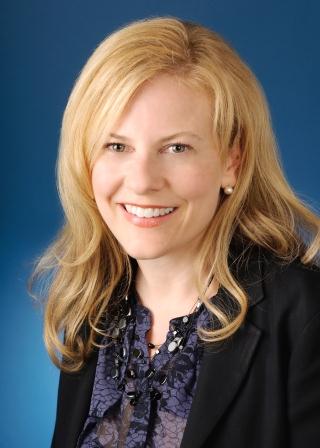 I have spoken about giving up depression meds in Episode 1 and in today’s episode, I share about giving up two other crutches- drinking and smoking. I feel it’s important to point out that God did not require me to make these choices to gain my salvation; I chose to make these changes because I was getting something SO good, so deep and filling from His letters, His Spirit and His people that made it so I didn’t want to hide or disappear anymore. I was changing inside. and it seemed only natural that those changes would manifest on the outside… I was now wide awake, having to feel my feelings and think about what I was thinking about…    And the truth is, I GAINED so much in the way of peace and joy from getting to know Jesus Christ, it never really felt like I was giving up a thing.

When a dear friend apologizes to me on this week’s episode for stuff that happened decades ago, I’m so stunned (not that this is atypical for her- it’s just rare to have interactions this healthy with friends and I had a sense something truly sacred was happening and all I could say was “Wow.”  I think I said it 12 times over the course of 5 minutes. Check out the conversation in Episode 3- “That Moment In Which You Both Forgive with Kim Camp.”

Have you ever had an encounter with someone and realized later there must have been some resentment or emotional residue that needed to be cleared? And you didn’t even know it???   It blew my mind that our conversation went there today. Something shifted in the atmosphere and both of us felt it. We were each lighter on our feet after we voiced our forgiveness to each other…. and I still can’t wipe this permagrin off my face!

It’s still unbelievable to me that I ever found Kim almost a year after having only met her once. All I knew was her first name and the color of her hair. The population at UT Austin in 1985 must have been over 50,000; the chances of my finding her were pretty slim to none (think pile of manure in a field of longhorns…..) but the Hand of Providence led me on. Lori, my Discipleship Group leader (she was on staff with Cru- which was then known as Campus Crusade for Christ) shared with me a verse that I clung to during those days (Matt 6:33-my paraphrase- “Seek first the Kingdom of God and all else will fall into place.” Lori’s also the one who helped me find Kim on one of our many roadtrips.

During the post interview commentary, I relay an anecdote my pastor used in a sermon about “running toward Jesus.”  Any time I hear this around the theme of “finding a mate,” it feels vulnerable to me…it seems like that’s something that could easily be misunderstood. I realize it might sound insensitive to my single friend, who may be doing just that- chasing hard after Jesus- only to find they’re still waiting to lock arms with a fellow runner….  If that’s you, be encouraged. Keep holding your hope out to Him.

Kim was one of my first examples back in the day, of what a Christian is like; she was and is kind, patient, gentle, generous, servant hearted, humble. I watched the way she talked to people in authority. I studied how she acted around guys and how she grieved the loss of her beloved daddy. Do you have a friend who always makes you feel like she genuinely cares about you? and has only your best at heart? Who’s not afraid to show you her weaknesses and compels you to draw nearer to the Person of Jesus Christ? That’s the way I feel when I’m around Kim. She’s not perfect and this makes her approachable.

I admire her for how freely she confesses her joy with no trace of shame. She doesn’t hold back and I’m telling you- even through losses, a hard divorce, kids making painful choices, the girl never seemed bitter. She has no gile. (And when she relays a story about the painful consequences a child of hers is going through, there’s an objectivity that I so long for. How does a mom remain objective when it comes to her own kids? How do you remember it’s not about you? It’s not a personal thing when a child makes a bad choice. It’s more about them than you. Lord, help me remember that.)

Kim seems to have an ever growing child like faith that has her believing that God is good no matter what her circumstances. And she trusts Him to do what ever He needs to bring her loved ones closer to Him. I don’t know many people with this kind of trust. But she would tell you it’s all evidence that the Spirit of God is alive and well inside.

Iron sharpens iron- I don’t know that I will ever be as disciplined as Kim has been about having a time for devotions in the morning and an exercise routine every night but it’s inspired me immensely over the years. Kim works with an organization that is near and dear to my heart- endslaverytn.org. She doesn’t seem to feel she has to do anything to earn points with God; one gets a sense that she does the things she does out of love. 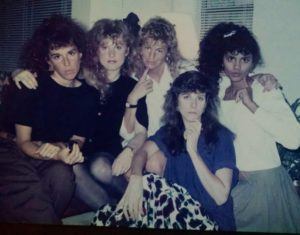 One day, we were driving through DC in the late 80’s, on the way to a concert and she wanted us to drop by and visit an uncle of hers. She was on the car phone often but on this particular day, I noticed she had to jump through several hoops to actually talk to her uncle. She had us circle Pennsylvania Avenue several times…..When she finally got through to his executive assistant, Kim learned that her uncle was tied up for the day and wouldn’t be able to break away because he had diplomats in from the middle east working on some negotiations….